I took part in the 200km Willy Warmer Audax on Saturday starting in Chalfont St Peter…it was effing freezing.  As the start is reasonably local I decided to ride out and back just to add a little extra.  This is my story…

The weather wasn’t looking to good in the lead up to this Audax.  To the North folks were experiencing plenty of snow problems, fortunately down South the strong winds of the previous few days had blown open a dry weekend for us with the exception of a few short snow flurries, but as in the North it was bitterly cold.  The ride HQ was the Community Centre in Chalfont St Peter which is a little under 20 miles from home so I rode out.  I set off at 6.30am in the dark…it was effing freezing!  The gritters had done their job overnight on the main roads although it was still a rather delicate affair negotiating corners and downhill’s.  Cars were frosted as deep as I’d seen them in a while so the ice alarm bells were ringing.  Just short of the HQ I hit the first patch of proper ice and went down, slid to a halt about 15 yards down the road but luckily saw it coming.  I managed to unclip and slid to the floor as soft as I could, so luckily no harm done.  I arrived twenty minutes early so had time to pick up my brevet card, down a coffee, eat a couple of digestives then give my bike a quick once over.  Just before 8.00am I was ready for the off.

The route was heading way out west to Lambourn before looping round Newbury to the south then homeward bound back along familiar roads via Winnersh to Maidenhead and the gradual climb back up to Chalfont St Peter.  Along the way there were controls in Pangbourne, Hungerford and Winnersh, in each of those I would either need to call into a particular café to pick up a stamp or grab a random till receipt just to verify I’d been there.  In addition to those there were four information controls.  The full distance was 209kms which equates to 129 miles in old money.  It appears the event was a sell out, 200 starters with no entries on the day.

Strategy was the same as previous, get finished as soon as possible.  To tell you the truth I wasn’t really planning on stopping.  I again decided on carrying a small back pack containing my waterproof, another second skin neck warmer and a fresh pair of gloves.  Probably most riders would say its better off carried on the bike than on your back and you would be right.  However, my thinking is that on the Transcontinental I may choose to ride through the night.  If I do I will have to source food before closing time and carry it to sustain me until opening time in the morning.  A small lightweight roll up bag that I can stow on the bike might well be the answer so I see carrying such a pack as beneficial rather than hindrance.  In terms of nutrition I loaded two bottles of water with High5 4-1 carbohydrate/protein mix and popped two sachets into my rear pocket for two further refills.  In the next pocket I also had a sizable piece of cherry bakewell flapjack.  In my zipped front pocket which gives real easy access I  had two snicker bars cut in half.  As I was riding out and back home as well as the Audax distance I also mounted on the bike a gas tank which held my pebble battery charger so I could keep my Garmin charged.  Ten hours is around its limit and knew I’d likely be riding a little longer than that.  I’d looked at the profile in advance and didn’t see any climbs of note and was glad to see in relation to the weather conditions that the majority of the route was on good roads rather than the smaller country lanes.

At 8.00am everybody was away, we were encouraged to start off in groups.  As it was self organised it turned a little chaotic but eventually we all got away.  First hill out of Chalfont St Peter I dropped my chain changing down into the small ring.  A little annoying but it wasn’t long before I was underway and went about settling into my own pace and rhythm along familiar roads.  As I wasn’t planning on seeking service in any of the cafes I wasn’t in a rush to get to the first one.  I hopped into a couple of groups heading towards Marlow, if they were going to fast I let them go and to slow I just continued through.  By the time I reached Henley everybody was well strung out and I’d had a little fun breaking some of the groups up on the front.  When I reached control one in Pangbourne there were plenty of bikes outside the café and probably around 20 riders sat inside.  I got my sticker put it on my card and pushed on.  There was a bit of a climb out of Pangbourne and then everything became rolling as the route traversed the Berkshire Downs heading towards Lambourn.  It was along there that I realised I couldn’t change down into the small ring, as I was making good time I just cracked on and thought I’d give it a crack at managing without it.  A group of five riders came past so I jumped on the back and rode with them for few miles before letting them go, they seemed intent on breaking each other so I was confident they would come back eventually which they did.  They looked like Sportive riders, these things are not about how fast you can get up the hills, its all about getting the right pacing that’s sustainable to the end.

The road up to Lambourn is a long one.  I remember riding it last year during the summer but in the opposite direction, its ever so slightly down hill for miles as you wonder and meander through beautiful hamlets and villages.  Known as the valley of the racehorses, on the right day in the summer its absolutely stunning.  In the opposite direction its a little harder, and there was a headwind to contend with too, but amazingly the sun came out which made it half as spectacular.  Once through Lambourn heading homewards riders became scarce, nobody passed me and I didn’t pass anyone, in fact I didn’t see a sole until I was back at the HQ, that must have been a good three or four hours.  From Lambourn it was up and over Hungerford hill on the North Wessex Downs.  To tell you the truth I could have done with the little ring there but managed to grunt, groan and mash a big gear all the way up it.

Squires Bakery to the rescue

Eventually I rolled into Hungerford but couldn’t remember the name of the café to collect a sticker so called into Squires Bakery on the high street to get a till receipt.  I ordered a hot chocolate and a slice of lemon drizzle cake.  When it came to paying I couldn’t find my money.  I emptied everything onto the table and eventually found it in a little compartment at the bottom of my back pack.  I was probably in there half an hour longer than I wanted to be.  I’ve got to say the proprietor of the bakery was rather understanding of my situation and embarrassment, and we’d got to the stage where he’d given me his address (and till receipt, I needed that) and I was going to send him £3.50 in the post, in return he said I could have the drink and cake.  What a chap!  Anyway eventually the problem was resolved.  Thankfully they saw the funny side of it and could see my embarrassment so as a cycling tea stop everybody…Squires Bakery comes highly recommend!

On the way back it felt like I was going really well and for the next couple of hours I pressed on making good time.  I picked my way through the information controls and eventually I was on roads I knew which gave me a bit of a lift.  At just after 3.00pm I rolled into Winnersh and the Java cafe which was the final control.  I pick up a sticker and quickly gulped down a bottle of milk shake and was straight back on the road.  With around 30 miles to go I was on the home straight and was pushing to finish by 5.00pm.

Its lights on in Maidenhead – almost there!

As I came into Maidenhead it was getting dark so stopped for a minute or two to turn on the lights and eat the last mouthful of the Cherry Bakewell flapjack.  After a little route confusion towards the end I eventually rolled into the HQ just before 5.00pm in darkness and it was feeling pretty cold again.  Surprisingly I was the third rider to finish, I was 15 minutes or so behind the first two riders in, so gotta be please with that.  My Garmin was reading 147 miles completed at an average speed of 16.2mph which again I was very pleased with.  As the third finisher I had access to the whole canteen spread so settled down into a bacon sandwich laced with ketchup and a cup of tea, once finished I had the same again…lovely!  When I paid up I slung a fiver into the Steve Abraham collection bottle, a great idea, after which I changed into a clean neck warmer and dry gloves and was then back on the bike feeling well nourished for the cold ride back home.

And home at last

A solid days riding it was, 165 miles in total.  I’ve got a good grasp of these 200’s now, I’m really looking forward to taking the next step which will be my first official 300km.

My ride stats can be found here on strava.

Thanks for reading Folks. 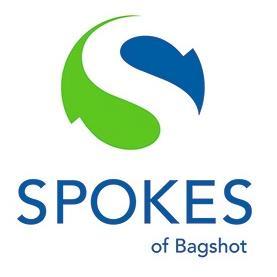